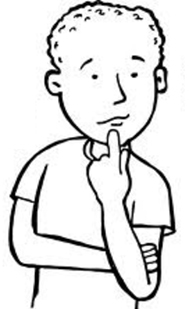 I suppose there's a possibility many of you are not familiar with the term psi-ops. If not, you were probably born after the fall of the Soviet Union, once defined as the greatest threat to the United States of America. Both countries at the end of World War II, developed and implemented psi-ops programs. These became more widely known as psychological warfare carried out by intelligence operatives infiltrating enemy positions and planting seeds of doubt as well as other falsehoods, for the enemy to digest and often fear about its own government. Soviet bull spit was so good, the Kennedy White House expressed concern to its own intelligence agencies regarding a Soviet built atomic bomb in D.C. To date, no such weapon has ever been found.

I suppose some of you are familiar with the measles outbreak of 1980. Measles is a uniquely human disease, thought to be born out of man's close relationship with cattle. Humans, however, are the only species to suffer from measles. It is a highly contagious virus, spread through moist droplets in the air caused by the sneezing, or coughing, of an infected person. Of course, this isn't unusual. Most viruses are spread this way. In 1980, this virus was particularly nasty as it racked up a death toll of 2.6 million people, mostly children. There is no greater horror, or pain, than burying your child. The loss never leaves you.

I suppose many of you are familiar with the World Health Organization. It's really quite an achievement the United States accomplished in the year 2000 when the World Health Organization declared our nation to be completely Measles free. This was the result of a Clinton administration effort to get every child vaccinated in the late 90s in an effort to make America Measles free. As George W. Bush took his oath of office, the U.S. totally wiped out the virus within its borders.

I suppose many of you are equally familiar with Alex Jones who began his career in the late 90s as a radio talk show host on his way to taking psi-ops to a level the former Soviet Union and our very own C.I.A. never could have imagined. As Jones popularity grew, he launched two websites. One called Info-wars and the other called Prison Planet. There isn't a conspiracy theory out there Jones hasn't grasped, peddled and pushed, proving if someone listens to you long enough, they will believe.

To his credit, Jones has amassed a $10 million dollar a year industry peddling bull spit and snake oil products designed to keep you safe from just about everything. Jones has given new life to the anti-vaccination movement. While those against vaccines pre-date Jones, his own position on the evils of vaccines have flooded the American psyche as effectively as the Soviet built atomic bomb in Washington D.C. concerned the Kennedy White House. Needless to say, the death of Measles in America was short-lived. The virus lives amongst us while the cure drowns in a sea of blame for autism, despite any evidence to support the claim.

I suppose the world wide web has embraced psi-ops and is utilized by many a foreign adversary as well as domestic one's. Recently, the water treatment center in Oldsmar, Florida was hacked in an attempt to poison the drinking water by increasing the levels of sodium hydroxide, otherwise known as Lye. The attempt failed due to safety features.

I suppose some of you are familiar with the term Civic Duty. In America it guarantees us certain rights and liberties in exchange for our best serving our communities and country. I remember taking a civics class in junior high. I wonder if they teach that anymore? I thought about my neighbors and rolled up my sleeve for Maderno. I know I'm gonna be sore. I might even feel a little sick, but I've had shots before. The goal here is to wipe out a virus before it a virus wipes out us. Maybe you could help in wiping out this one.

Gimme Shelter
I Remember Your (John Lennon Poem)
Life During War Time
We Now Hold Truth to Be Self-Evident
Social Media
You Can't Always Get Want You Want
Old Friends
Dear Mr. President
Are You an American?