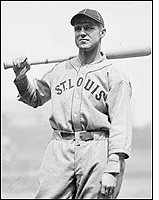 The history of the Baltimore Orioles stretches all the way back to old Milwaukee where, after only one season, the Brewers moved to St. Louis to become the St. Louis Browns. In 1902, their first official season in St. Louis, the Browns finished in second place behind the Philadelphia Athletics.

In 1915 the St. Louis Browns introduced a rookie first baseman/pitcher by the name of George Sisler. Born March 24th, 1893, Sisler began his career at the age of 22. He spent 12 of his 15 years with the St. Louis Browns as well as a half season stint with the Washington Senators before ending his career with the Boston Braves. He was 37 when he retired, just one year older than Yankee shortstop, Derek Jeter. Sisler went out as one of the greatest hitters of the game. He is currently 44th on the list of most hits ever by a professional ballplayer in the major leagues, amassing a grand total of 2,812.

To appreciate the pure wonder a generation felt toward Sisler, one need only look to Derek Jeter who closed out the month of April by moving into the 45th spot on the all time hit list and leads the majors amongst active players with a career featuring 2,778 hits. Sisler hit .340 over the course of his career while Jeter is at a mere .317. Sisler rounded the diamond 102 times while Derek has gone deep 228 times.

For the month of April, in just 21 games, Jeter has added 31 hits. He closed out the month with a .330 batting average. Not a bad start for a guy looking to gain entry into the 2800 club. If Jeter collects 180 hits this season and barring serious injury there seems no reason why he won't, he'll enter the 2900 club and pass the likes of Babe Ruth and Jesse Burkett. Burkett was a St. Louis Cardinal who jumped ship and joined the St. Louis Browns when the Browns fled Milwaukee in 1901. Burkett collected 650 hits in just three seasons with the Cardinals. His numbers dropped off with the Browns, a team known for being first in booze and first to lose. Do you think they were crying in old Milwaukee? 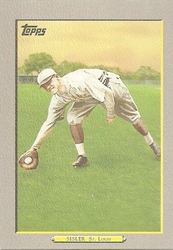 Pete Rose once said something along the lines of "The first 3,000 (hits) are easy. Let's see the last 1,256." Derek Jeter is a long way from planting that particular rose, but the fans in New York are watching, even if we sit in the house of Queens.

You can almost see the ghost of George Sisler pulling the tab on an ice cold Schiltz quenching his thirst and wiping his brow. You can bet he's watching, too.